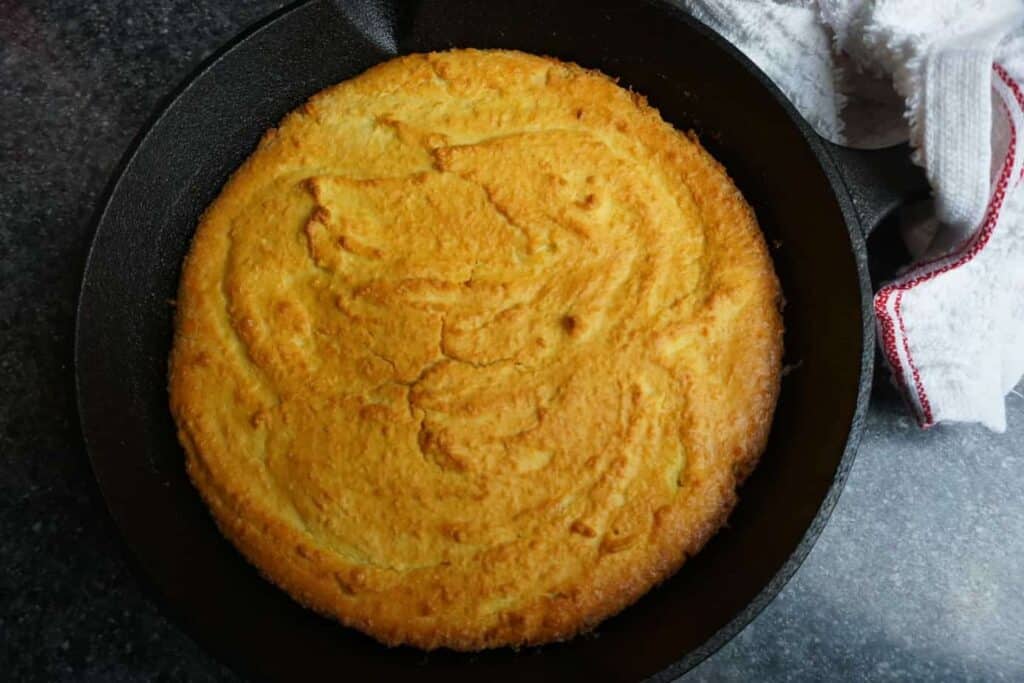 Back when I started a ketogenic lifestyle, I searched high and low for the perfect keto Thanksgiving recipes. Whether you call it keto dressing or keto stuffing, this is the BEST low-carb holiday side dish.

The crouton base for this keto country sausage stuffing is really easy to make ahead and can be toasted to your desired crispiness beforehand.

I like to store mine in an almost air-tight container, allowing them some breathing room so they keep their toast-like crisp.

How many carbs are in stuffing?

A typical traditional serving of stuffing has about 20 g. of carbs. This healthy keto dressing has only 6 g. of net carbs.

What kind of sausage should I use for stuffing?

You can use your favorite sausage and I have experimented with Italian sausage and spicy sausage- it really just depends on what you're looking for.

Just make sure the sausage will pair well with the poultry seasonings and onion powder blend. 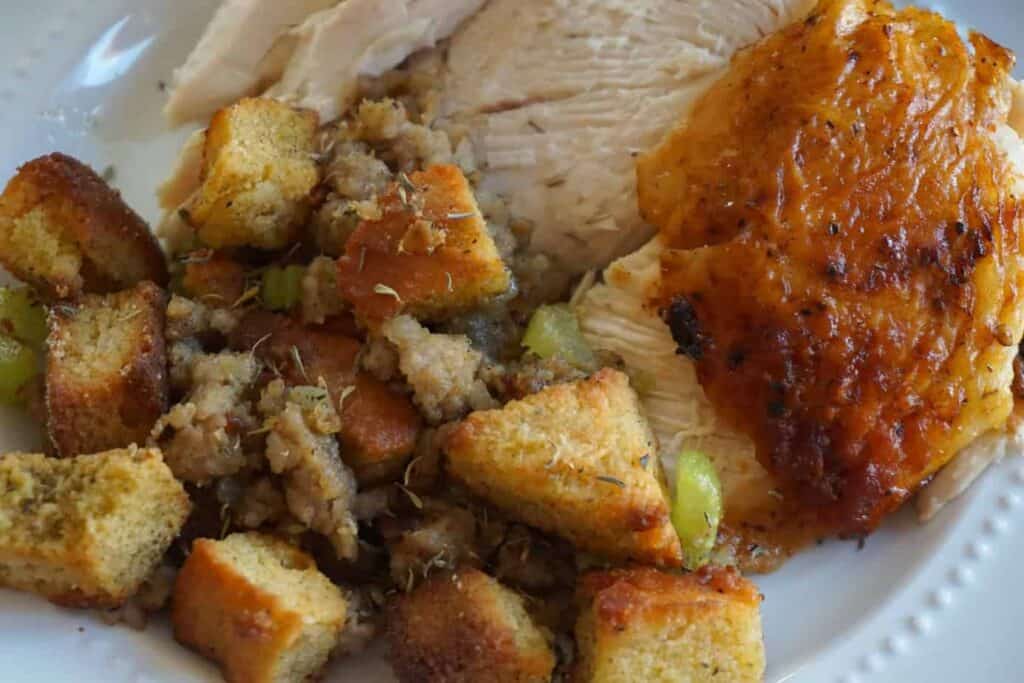 Can I have onions in my keto stuffing?

This recipe was inspired by one of my favorites on All Recipes, but without all those pesky carbs. This is a keto-friendly recipe, so use onion at your discretion.

If you're a bit more flexible with carb count, you may even want to throw in some onion where the sausage and celery are cooking. I like to cook mine all together, so the flavors really mesh.

How do I make keto stuffing?

A few simple ingredients and Low Carb Quick's keto croutons and you've got the best keto friendly stuffing recipe, hands-down. It all starts with a thick "cornbread" crouton base. Simply bake your bread beforehand and keep it for your stuffing later.

Can I have craisins on keto?

Perhaps, add in a few craisins (no sugar added, of course) on your stuffing if you enjoy a sweet-savory stuffing.

However, a note about craisins:  While I do love cranberries in my stuffing, the carb count is quite high (that's because most major grocery stores only carry craisins with added sugar).

If you love them as much as I do, you could add in a few whole fresh cranberries to your stuffing and still remain in ketosis.

What can I serve keto sausage stuffing with?

Pair this stuffing with any meat and keto gravy for a comfort food pick-me-up. It doesn't have to be Thanksgiving to indulge in a hearty meal, am I right?

Meal Prep to the max!

I enjoy this easy low carb stuffing with a pre-cooked (deli) chicken for busy weeknight meals. I typically make the stuffing ahead and have it as a side to the main course throughout the week. 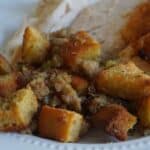 If you like keto country sausage stuffing, you'll love: 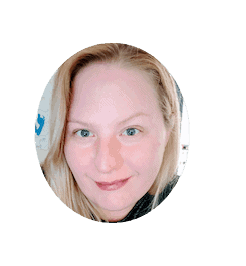 Hi, I'm Amber and I'm so happy you're here. I began eating low-carb when my son turned one. Since then, I've been sharing fast and yummy meals inspired by my roots in Southeastern Kentucky. about me!